The final nail in the coffin of VHS has arrived. The last remaining Japanese company to manufacture VCRs, Funai Electric, has announced that it will make its final VCR units in August 2016, bringing an end to the first widespread home video format. The first VCR (“Videocassette recorder” for you young ‘uns) to use VHS was released in 1976, and it enjoyed immense success throughout the 80s and 90s, until the superior DVD format came along.

It seems so long ago now, but VHS was controversial upon first release, as the major movie studios went so far as to try to claim copyright violation for the transference of feature films to home video. Eventually the film industry embraced the home video market, resulting in the Blockbuster boon and many a home movie marathons throughout my childhood via the fuzzy, subpar, but somewhat comforting format known as VHS. 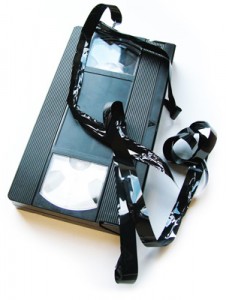 More posts by Ray Broadhurst
Please contact us directly to answer any questions you may have: 01202 767093

Get in touch today

Please contact us directly to answer any questions you may have and we will be happy to help.

We can be found at: